Over the summer we (well let’s be real, my mom) found this awesome vintage Elf, so I HAD to jump on the “Elf on the Shelf” band wagon this December.  I have been collecting ideas on Pinterest ever since, wow are people creative! This elf stuff is a bit of work, but so much fun! 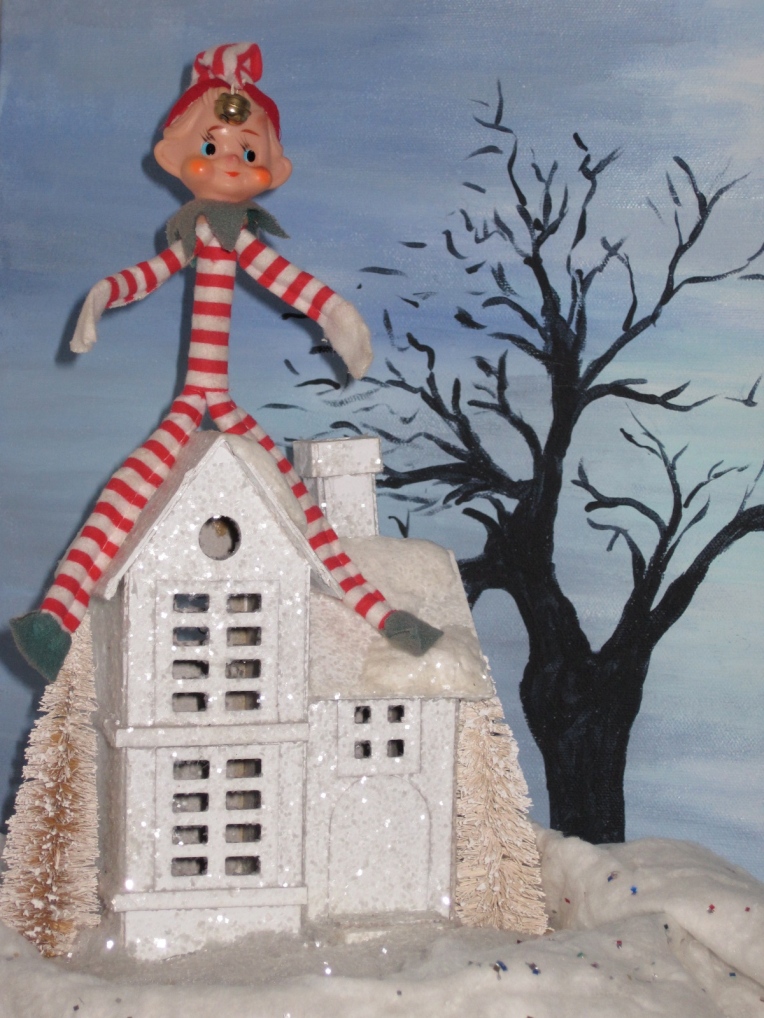 He arrived in early December after Raziah Rainbow-wand, our house fairy, flew to the North Pole to escort Jingle to our home, it is his first time out of the North Pole after all.  He brought a “North Pole Breakfast” for the kiddo, powdered sugar doughnuts, mini marshmallows, candy canes and hot chocolate. 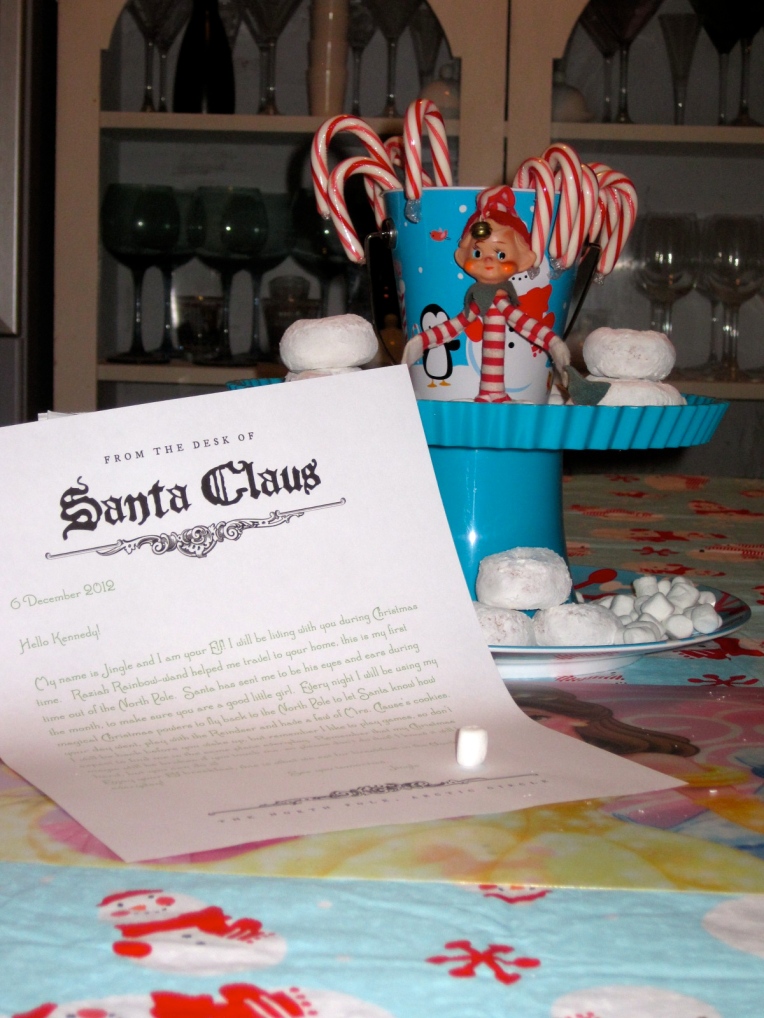 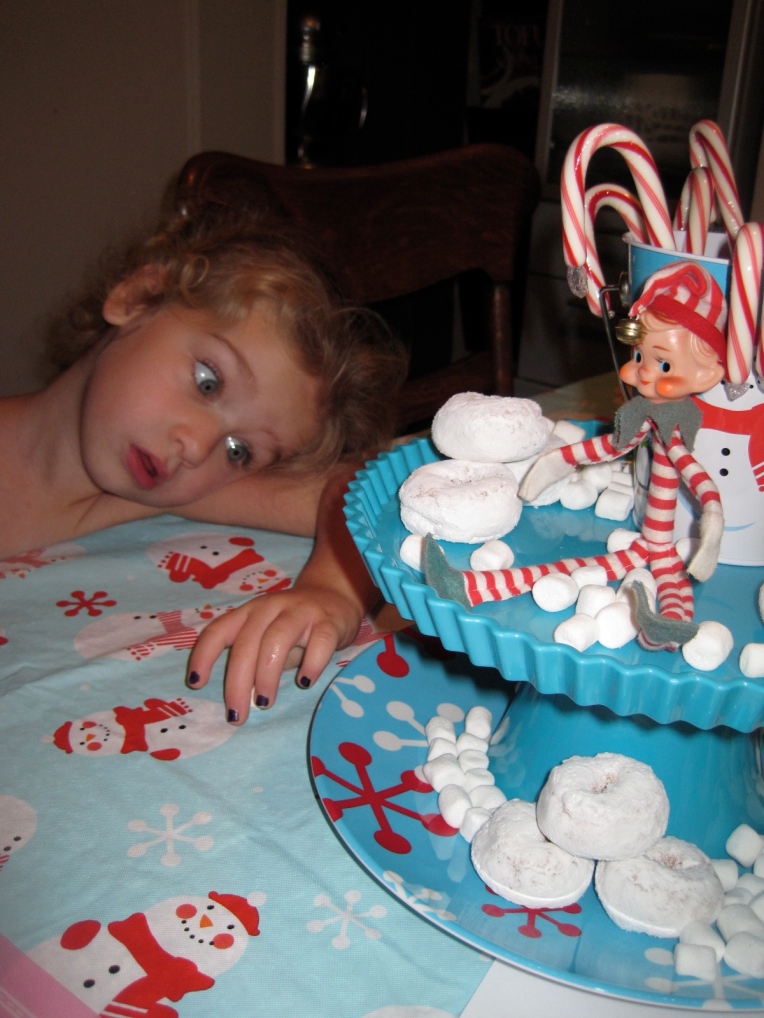 It was the first time she has had a doughnut of any kind, sugar rush…you bet-cha! 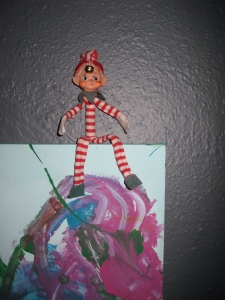 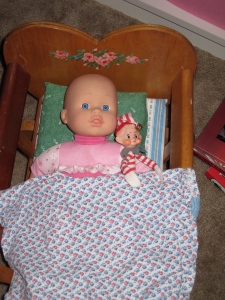 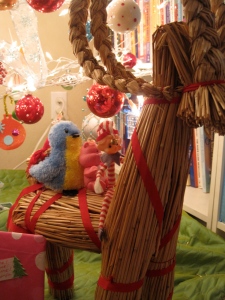 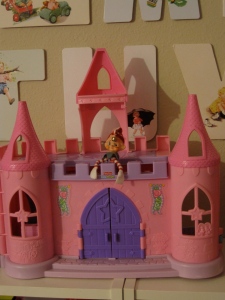 He has also gotten into a bit of trouble writing on the bathroom mirror and leaving a funny sticker of antlers & santa hat. 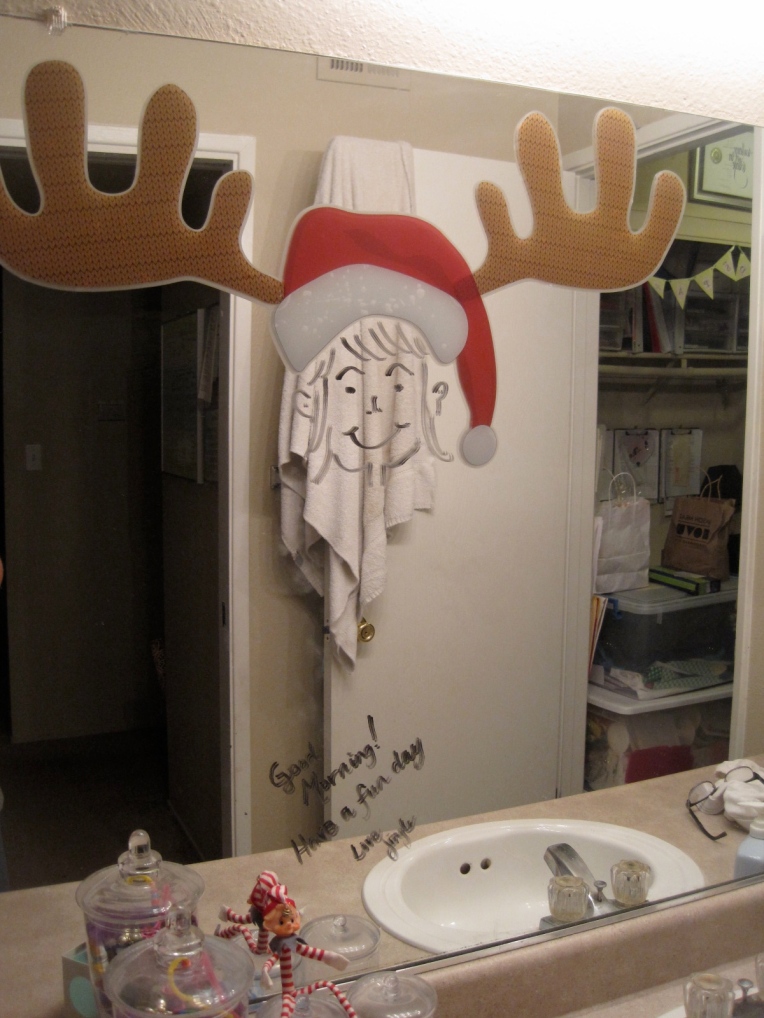 Hung from the ceiling fan and made a paper chain chandelier 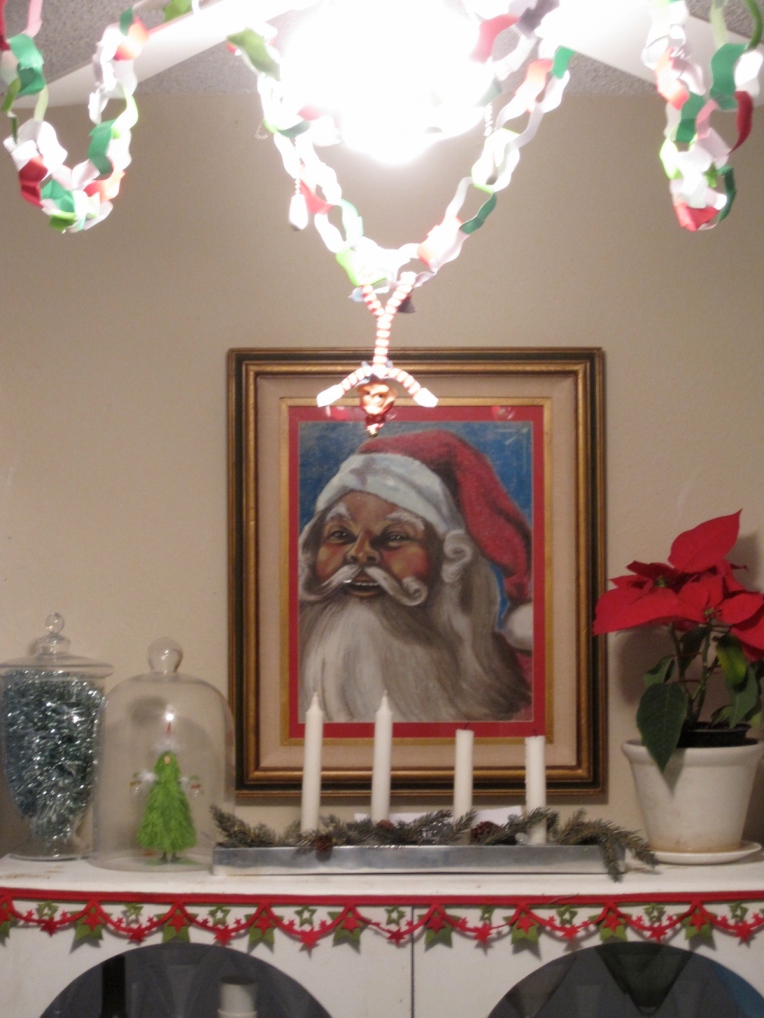 We had to go out of town for an evening, where we meet Pearl, Nanny’s elf and the cousin’s were introduced to there elf, Billy

For awhile I thought that I has having more fun planning what Jingle will do the next day than Kiddo was having with it.  This morning, Kiddo woke up and said “Where is that elf, Mr. Jingle” and it made me so happy.  Silly, yep, but I love it.  One of the best parts on having an elf is the power Mr.Jingle has over kiddo.  All we have to say when she is acting up a bit is “oh, remember Mr.Jingle is going to see Santa tonight, are you sure you want to do that?”  HA so far it has worked every time! 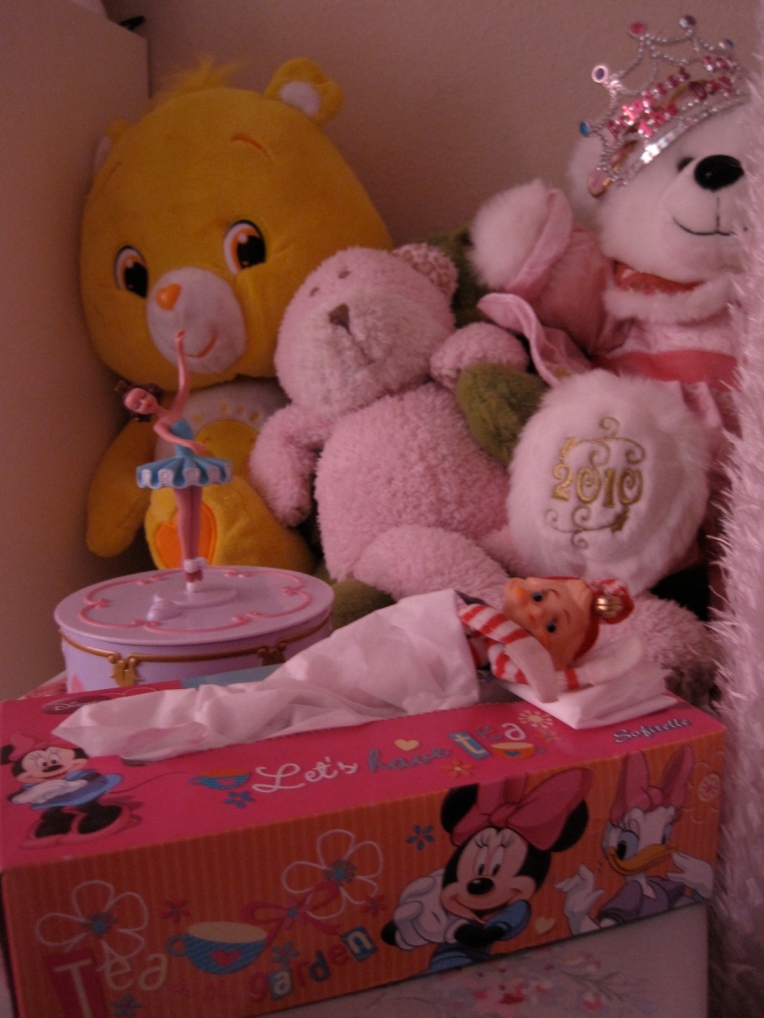